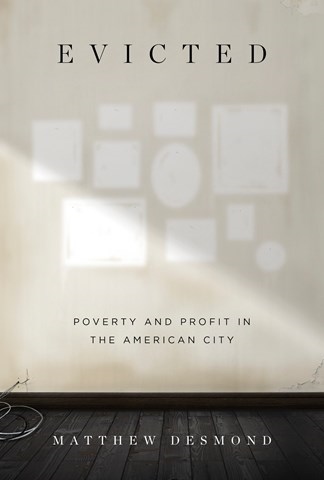 EVICTED Poverty and Profit in the American City

Narrator Dion Graham brings to life the struggles, frustration, and tragedies of the impoverished in an audiobook that explores life at the margins of shelter. Desmond examines the legal, financial, social, and emotional burdens suffered by those who rent in the poorest neighborhoods of the nation’s cities. Graham solemnly narrates Desmond’s prose and breathes life into the different people presented throughout the book. He never gives in to vocal caricature, though, given Desmond’s descriptions, opportunities are abundant. Graham executes a balancing act of tone and emphasis that shifts among legalese, Desmond’s observations, eclectic speaking styles, and the oppressive nature of the topic itself, which is often expressed in sentence fragments and asides throughout the writing. L.E. © AudioFile 2016, Portland, Maine [Published: JUNE 2016]