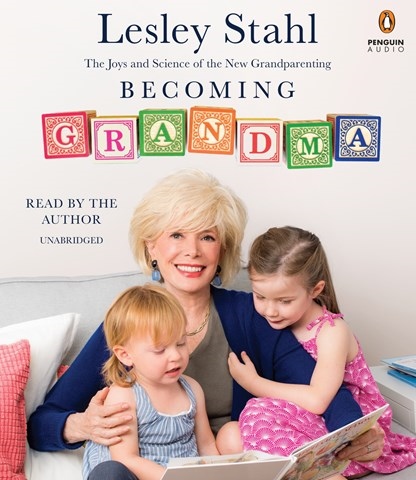 BECOMING GRANDMA The Joys and Science of the New Grandparenting

Television journalist Lesley Stahl interviews celebrities and non-celebrities and surveys behavioral science and anthropology, seeking context for her life-changing experience of becoming a grandmother. She's on a mission to flesh out her reactions and ground her observations in the broader world. With a relaxed tone that is evident in her performance as well as her writing, she puts her listeners at ease. As in her TV appearances, her mature acceptance of herself invites people into her world, a place full of in-the-moment observations and intellectual generosity. This kind of security allows her interview subjects to shine and her personal stories to sound as universal as they are endearing. Though aimed at grandmothers, the male vignettes and perspectives she includes give this audio the type of appeal that all grandparents will savor. T.W. © AudioFile 2016, Portland, Maine [Published: NOVEMBER 2016]