Home»Reviews»ARE WE SMART ENOUGH TO KNOW HOW SMART ANIMALS ARE? 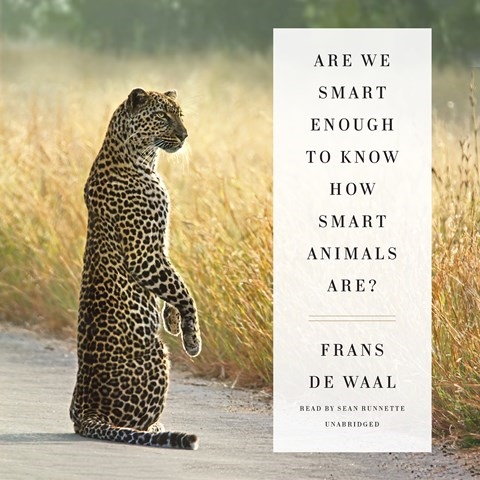 ARE WE SMART ENOUGH TO KNOW HOW SMART ANIMALS ARE?

Sean Runnette narrates with a scholarly voice, at times waxing philosophical. A chimp can plan ahead, gathering straw for warmth against expected cold temperatures. An elephant knows to use a box as a step to get to fruits. Gorillas can disarm poachers' snares. Observations like those make Frans de Waal think humans have underestimated animals' intelligence and cognition. The author's philosophical or theorizing moments can bog this material down, but not for long. The audiobook keeps returning to its strength, the numerous examples, not just of chimps but also of many other species. The stories of honey badgers who escape captivity, dolphins who work with fishermen, and parrots who actually converse are fascinating. J.A.S. © AudioFile 2016, Portland, Maine [Published: JULY 2016]