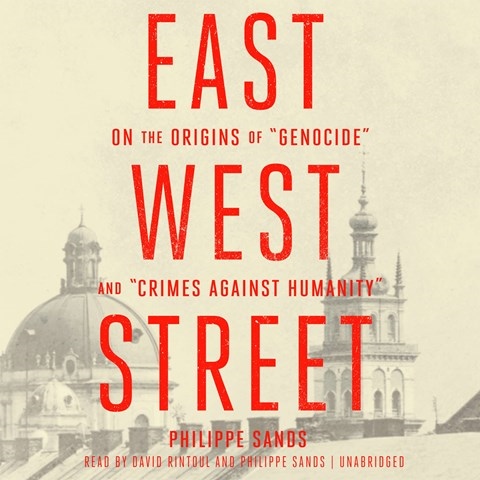 David Rintoul proves to be a reasonable narrator for this production. As law professor Sands delved into the birth of the terms "genocide" and "crime against humanity" in a legal context related to the Holocaust, he never expected that the story would dovetail with his own family history. Rintoul smoothly interjects various foreign terms into the narration. However, he seems a bit more removed from the prose than the sections Sands himself narrates at the beginning and the end. With a crisp English accent and light rasp, Sands illuminates meaning and emphasis with his narration, enhancing understanding by teasing out nuance. The contrast is clear: While Rintoul is communicating the material, Sands is feeling it. L.E. © AudioFile 2016, Portland, Maine [Published: JUNE 2016]