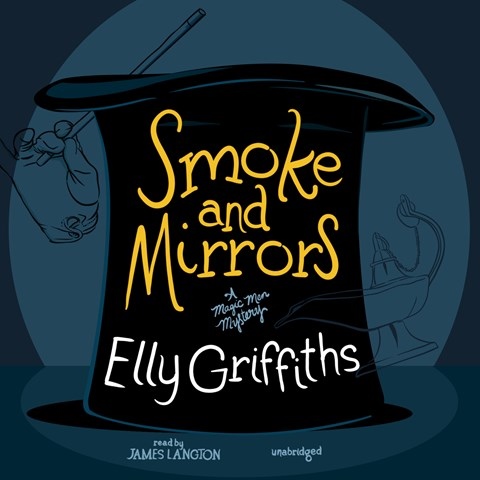 Narrator James Langton finds unique voices and accents for the many characters in this story of two children murdered in Brighton, England, in 1951. The children are uniquely portrayed: Annie is clever and writes dark stories inspired by fairy tales with her best friend, Mark. Langton successfully differentiates the voices of the principal characters, Max Mephisto, a great magician, and Edgar Stephens, the detective in charge of the case, Without resorting to caricature, Langton does a wonderful job with minor characters as well, creating easily identifiable voices and edgy tones that capture the fear of the townsfolk as events escalate. Overall, Langton reads this suspenseful story with a touch of humor and plenty of sincerity. S.C.A. Winner of AudioFile Earphones Award © AudioFile 2017, Portland, Maine [Published: JANUARY 2017]