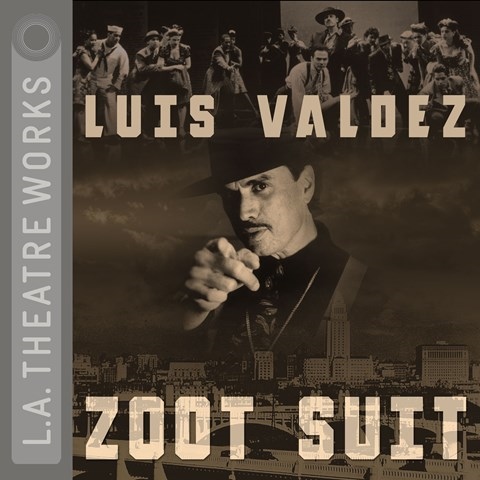 by Luis Valdez | Read by a Full Cast

This musical examination of the L.A. "zoot suit riots" of 1943 created a sensation when it became the first musical by a Mexican-American to hit Broadway. The author directed a celebrated film version in 1981, which is still circulating on video. The author also directed this audio version, taped before a studio audience and beautifully produced by Raymond Guama. Briskly paced, it is full of Latin fire and lively Big Band and Chicano melodies. But the acting is uneven and--lacking dazzling dances, costumes, and the color of a full production--the action is difficult to follow. Further, the script betrays its cardboard characters and clunky handling of exposition. What can you do with a play about zoot suit culture without zoot suits? The music, under Daniel Valdez's spirited baton, is superb. Y.R. © AudioFile 2002, Portland, Maine [Published: OCT/ NOV 02]