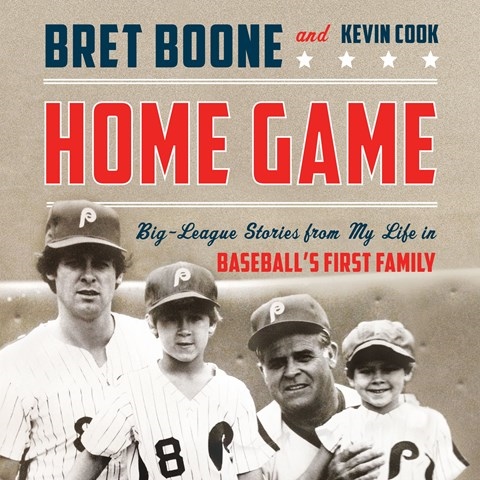 The youngest member of the first three-generation Major League family, Bret Boone, narrates his own story of following in the footsteps of his father, Bob, and grandfather, Ray. It's a story worth telling, though the athlete author doesn't sound like seasoned narrator. While ill-timed pauses mar the reading in places, the audiobook shines when Boone is discussing specific points of the game--nuances and baseball's code, in particular--from a player's perspective. In the end, the book makes up for its weakness in narration with honest and interesting anecdotes. M.B. © AudioFile 2016, Portland, Maine [Published: JUNE 2016]