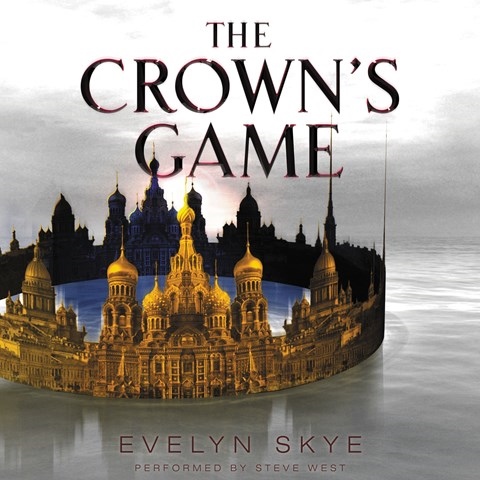 Narrator Steve West tells this fantasy tale with great emotion. Two Russian teens, Vika and Nikolai, must fight to the death by using magic against one another in the Crown's Game. West captures the fear in their voices as well as the affection that grows between them as they fall in love despite the brutal situation. West creates a Russian-accented voice for each character, which enhances the setting and builds a fantastical world that is still grounded in Russia. Yet each character maintains a voice that reflects his or her unique qualities. Listeners will be engaged in this adventure, which encompasses love, family, and friendship in the most dire circumstances. M.D. © AudioFile 2016, Portland, Maine [Published: JULY 2016]