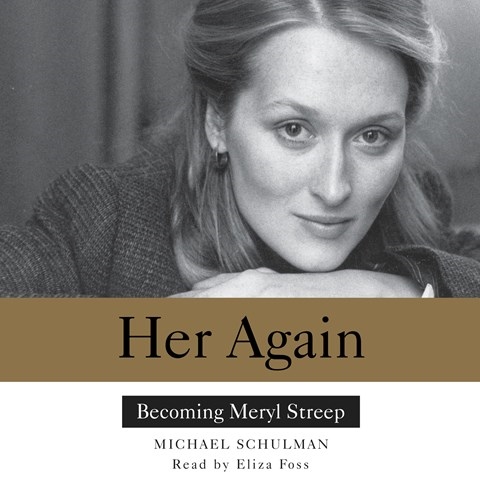 Nearly everyone has heard of the multi-award-winning Hollywood icon Meryl Streep, but few know about her rise to fame. Narrator Eliza Foss's enthusiasm for the story of Streep's entry into stage acting and eventual transition to the silver screen is clearly evident, but her performance verges on being overdramatic, making every event in the actor's life take on equal importance, from her performances at Yale to her breakout role in KRAMER VS. KRAMER. Foss's animated approach to this biography is sometimes off putting, especially her theatrical renditions of some of Streep's movie dialogue. Although there are no startling revelations in this audiobook, listeners will enjoy learning about Streep's working relationships with famous directors, such as Joseph Papp, and with her fellow actors, such as Dustin Hoffman. C.B.L. © AudioFile 2016, Portland, Maine [Published: JUNE 2016]