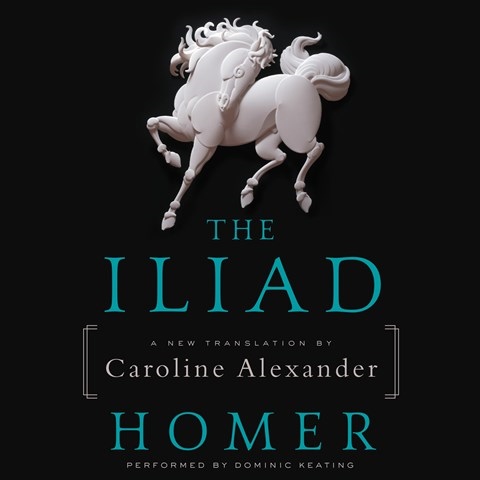 THE ILIAD A New Translation by Caroline Alexander

We don't know much about Homer, but we do know that he didn't write for readers—he wrote for listeners. Narrator Dominic Keating makes some small concessions to the modern ear, lightening his voice to indicate a female speaker and changing his tone or accent slightly when two or more men are speaking. But mostly he leaves Homer in control, giving us a bardic version as a single singer would have delivered it. Caroline Alexander's faithful and forceful translation is served well by this approach. She approximates the hexameter cadences of the original (within the limits of English) so that Keating can drive us through the action scenes without losing the tenderness of Andromache's few moments of love and loss of Hector. D.M.H. © AudioFile 2016, Portland, Maine [Published: JULY 2016]