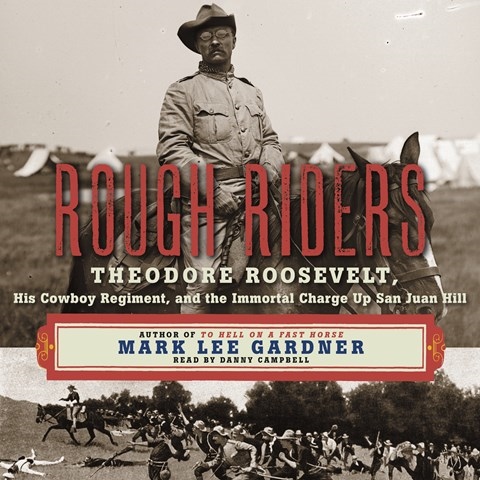 Danny Campbell’s deep, gravelly voice is a good match for this account of the most famous regiment of the Spanish-American War. Gardner, who has written a number of works on the Old West, did extensive research to bring to life the story of the 1st Regiment, United States Volunteer Cavalry and the many colorful people who served in it; cowboys, Westerners, Ivy Leaguers, Indians, and others made up the unit. The battle descriptions are gripping, as are the portrayals of Theodore Roosevelt, Leonard Wood, “Bucky” O’Neal, and many others. Campbell’s clear voice and Midwestern-sounding accent are expressive and deceptively smooth. While no unique voices are provided for quotes or dialogue, the listener is never in doubt as to who is speaking. M.T.F. © AudioFile 2016, Portland, Maine [Published: NOVEMBER 2016]