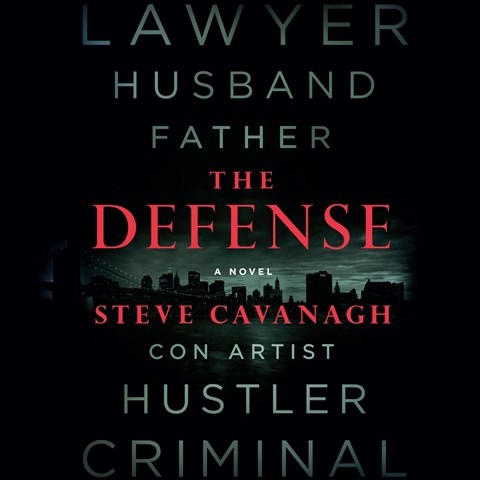 This audiobook goes from zero to ninety out of the box and doesn't flag until The End, so fasten your seat belt. Eddie Flynn, con man turned New York criminal defense attorney, thought he'd retired until the head of the Russian mob handed him his previous lawyer's head in a bag as a sort of retainer. The Russian mob has Eddie's young daughter, but Eddie has his own arsenal of cons and dodges. The sensationally clever plot is full of double and triple crosses; the pace is, as mentioned, blistering, and the accents range from Little Italy to Little Odessa. Adam Sims gives a bravura performance so at one with the text that you hardly notice he's there beside you on the edge of your seat. B.G. © AudioFile 2016, Portland, Maine [Published: JULY 2016]