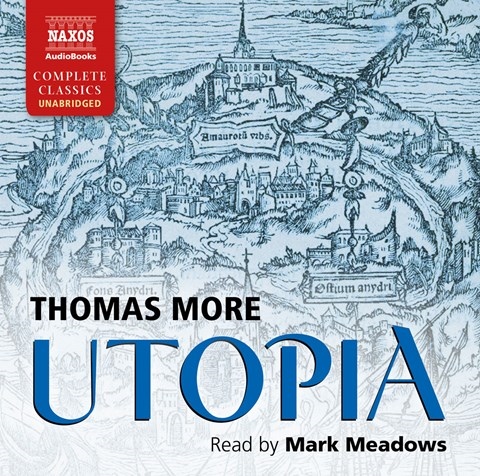 Mark Meadows brings his British diction and engaging storytelling style to the narration of Thomas More's political treatise. UTOPIA appeared just after Henry VIII left the Church of Rome. Published in Latin in 1516, More's classic speculative fiction is set on a mythical island. Here residents cast off the trappings of English and European society, and dispatch the class system to adapt to an egalitarian and simpler mode of living. Meadows's tone enlivens More's text and gives the Utopian political, economic, and religious systems their due. This brief audiobook rewards the listener with insights into one of the most influential texts on later generations of political writers and thinkers-- from Karl Marx to Adam Smith. A.D.M. © AudioFile 2016, Portland, Maine [Published: AUGUST 2016]