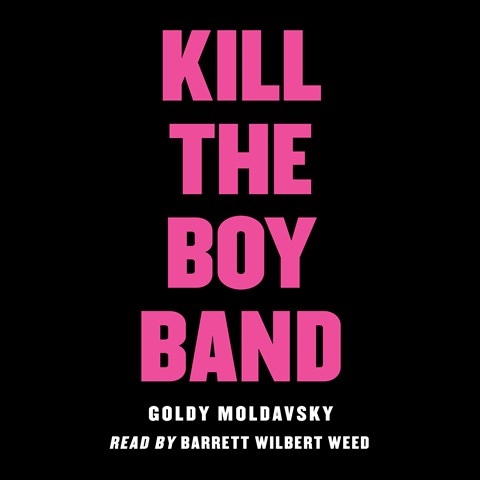 Narrator Barrett Wilbert Weed embodies this nameless 15-year-old protagonist as she spins a story about the time she and three friends went to Manhattan to see their favorite boy band, The Ruperts, and wound up kidnapping a Rupert instead. Weed is full of expression that develops the characters' moods--she pauses when the narrator is feeling vulnerable, adds sardonic chuckles, and occasionally breaks into song. She gives each character a distinct voice that reveals personality and motive, particularly after the kidnapped Rupert dies and the featured character scrambles to figure out if one of her friends is a murderer. This suspenseful exploration of the line between fandom and obsession will appeal to those who enjoy dark comedy and give them plenty to think about. A.F. © AudioFile 2016, Portland, Maine [Published: APRIL 2016]