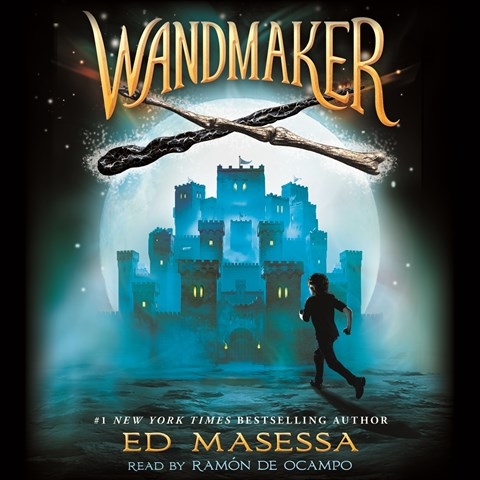 Narrator Ramon de Ocampo creates a magical world and voice for young Henry as he goes on an adventure to become a wand master and save the world from an evil wizard. De Ocampo's steady tone for Henry is juxtaposed with the more emotional voice of Henry's younger sister, Brianna. As Henry ventures out to harness his powers, he meets intriguing characters who help him along the way, each with a distinctive voice. If Henry is to succeed on his quest, he must learn to work with his sister and listen to the Grand Wand Master. With a fun mix of characters and plenty of imaginative elements, this fantasy makes for a perfect family listen. M.D. © AudioFile 2016, Portland, Maine [Published: SEPTEMBER 2016]