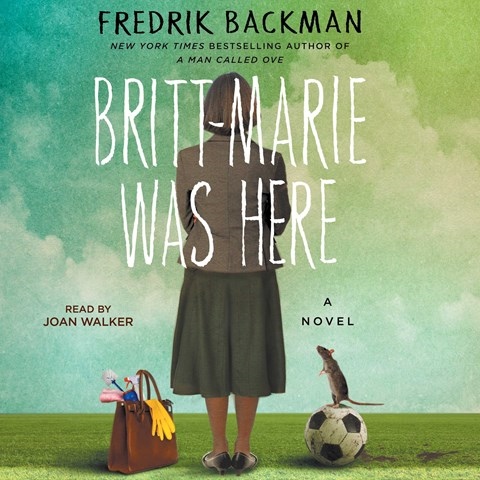 Britt-Marie is 63 years old, set in her ways, and compulsively neat. She's just left her cheating husband to become the caretaker of a recreation center in the dying town of Borg. As Britt-Marie deals with her unexpected new role as soccer coach to the children of Borg, narrator Joan Walker perfectly captures her every emotion and character trait, from her terse manner of speaking to her belief that everything would benefit from a thorough cleaning with bicarbonate of soda. Walker also captures the voice of the secondary characters--from the scrappy young footballers to the quirky adults, who all come together because of Britt-Marie's presence in their lives. Walker's engaged, seamless narration combined with the heartwarming story makes for delightful listening. M.M.G. Winner of AudioFile Earphones Award © AudioFile 2016, Portland, Maine [Published: JUNE 2016]