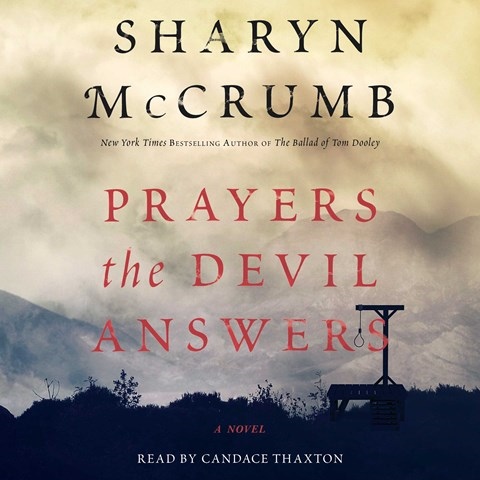 Ellie Robbins is a shy wife and mother in the Appalachian Mountains in 1930s Tennessee, where the locals cling to their superstitions, folklore, and traditions. Narrator Candace Thaxton deftly portrays the hill country atmosphere and unique characters of the Depression era. When Ellie's husband dies suddenly, she becomes sheriff to finish out his term, a role she is not prepared for and doesn't want. Thaxton imbues the story with Ellie's emotions as she recounts events at a comfortable pace. Especially well portrayed are Ellie's conflicted feelings as she's torn between society's expectations of her as a woman and her new obligations as sheriff, which include executing a convicted prisoner. Listeners will enjoy the musical quality of the prose as captured in Thaxton's reading. S.C.A. © AudioFile 2016, Portland, Maine [Published: JUNE 2016]