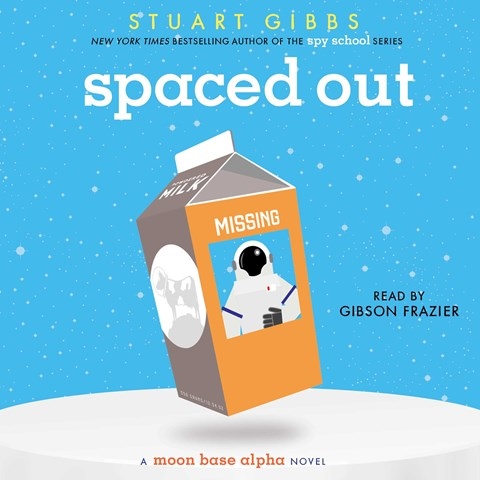 SPACED OUT Moon Base Alpha, Book 2

Gibson Frazier is the consummate narrator for a rousing story featuring 12-year-old Dashiell (Dash) Gibson and his family, who who are part of NASA's Moon Base Alpha program. It's 2041, and the "lunarnauts" are doing research on the moon when their commander goes missing. As they all search for the missing man, Frazier's portrayals of Dash; Kira, his friend; and Violet, his sister, sound intelligent and appealing. Frazier's rendering of "NASA's Guide to Health and Safety" is delivered with authority, and the voice of Zan, the female alien who projects herself into Dash's mind, is also spot-on. Listeners will enjoy the story's humor, vivid descriptions, and high adventure, especially as Dash nearly runs out of oxygen while searching the moon in a rickety old rover. Happily, the conclusion lends itself to a sequel. S.G.B. © AudioFile 2016, Portland, Maine [Published: JULY 2016]