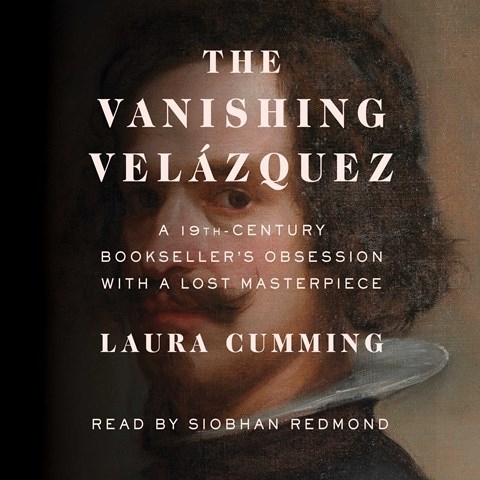 Why is a Scottish actress narrating the history of a 1600s portrait of a British crown prince by a Spanish painter? In fact, Scotland is the chief intersection in this tangled story of a masterpiece lost, found, and lost again—a story that is part biography, part art history, and part personal memoir. Siobhan Redmond is a narrator of considerable subtlety and expressiveness, and a fine complement to Laura Cumming’s own considerable powers of description and evocation. This is one of those rare art histories best enjoyed through the eyes of the imagination, and without illustrations at hand. Soon enough you’ll want to look up Velazquez’s paintings—which, however new or familiar, will come to you now fresh and alive. The story reaches an unsatisfactory conclusion, but Redmond’s supple delivery is satisfaction enough. D.A.W. Winner of AudioFile Earphones Award © AudioFile 2016, Portland, Maine [Published: JUNE 2016]