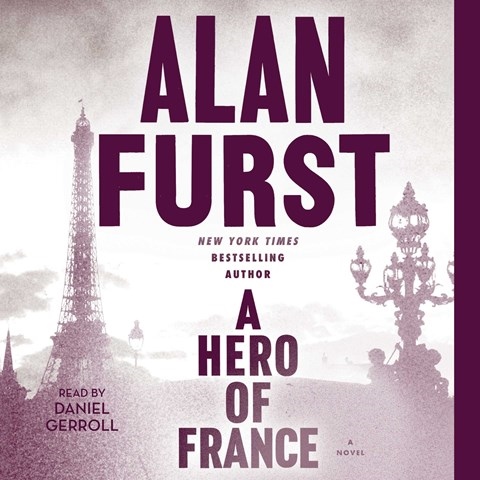 Narrator Daniel Gerroll's strong, cultured British voice leads us through the newest of Furst's richly atmospheric tales of occupied Europe during the Second World War. It is spring 1941. Mathieu, leader of a Paris Resistance cell, moves British airmen shot down in raids over Nazi Germany out of danger into neutral Spain. German police and French collaborators are everywhere. The British are ungrateful and demanding. Gerroll's pacing is excellent. His French pronunciation is faultless. Furst remains a brilliant writer with an eye for the details of domestic (and erotic) life in a world turned savage and dark. Listening to the Night Soldiers series is always deeply satisfying as ordinary people fight the darkness. F.C. © AudioFile 2016, Portland, Maine [Published: MAY 2016]