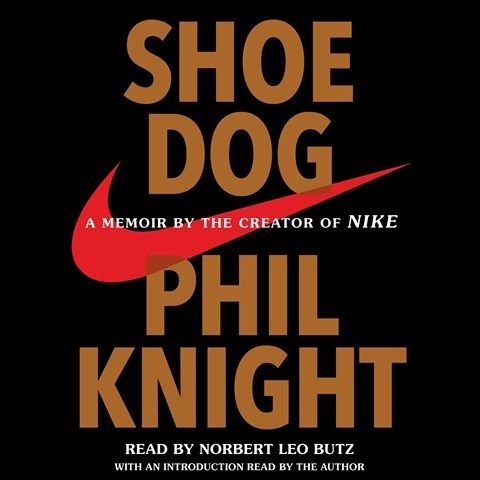 SHOE DOG A Memoir by the Creator of Nike

Many listeners will recall when Nike was an upstart sneaker company. Phil Knight, cofounder and chairman, writes page-turner prose about his adventures in making the company the brand we know today. Narrator Norbert Leo Butz is no less impressive. He infuses his delivery with drama and suspense, keeping the listener engaged with each chapter. Knight claims to be a shy introvert, but Butz isn't fooled, portraying the chairman as a straight-shooting, no-nonsense leader who keeps winning because he's relentless in his pursuit of success. Nike had a shaky beginning, but the intrepid "Swoosh" couldn't be stopped. Butz supplies listeners with the story behind it all. E.E.S. Winner of AudioFile Earphones Award © AudioFile 2016, Portland, Maine [Published: MAY 2016]