Home»Reviews»THE ARM OF THE STARFISH 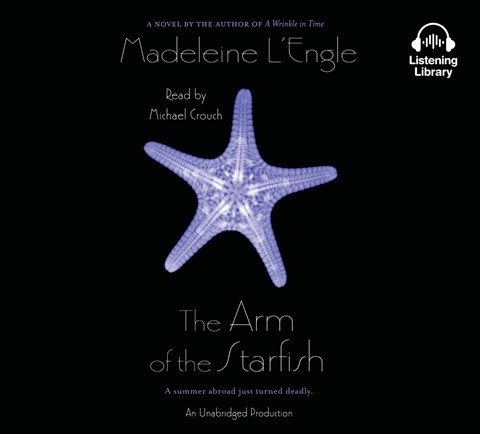 THE ARM OF THE STARFISH O'Keefe Family, Book 1

Originally published in 1965, the first book in Madeleine L'Engle's O'Keefe family series is narrated with appropriate formality by Michael Crouch, whose delivery suits the old-fashioned storytelling. Sixteen-year old marine biology student Adam Eddington travels to an island off the coast of Portugal to work with Dr. O'Keefe, who is investigating the possibility of using the regenerative properties of starfish with humans. Nefarious interest in this research plunges Adam into the middle of dangerous international intrigue. Crouch keeps the harrowing adventure moving with changes in pacing and inflection, but his precise, academic tone for the quieter scenes intensifies the somewhat dated nature of the story. Still, the book serves up valuable topics for high school units on philosophy, religion, science, and ethics. S.G. © AudioFile 2016, Portland, Maine [Published: JUNE 2016]