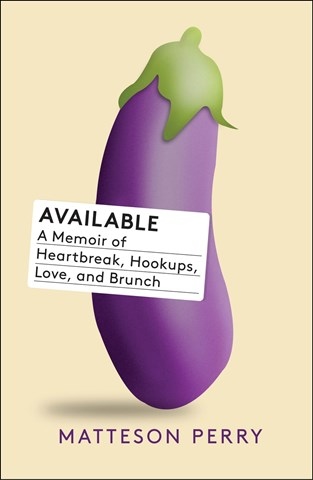 AVAILABLE A Memoir of Heartbreak, Hookups, Love, and Brunch

The author dishes on his love life, starting from the very beginning, with every moment being interesting, entertaining, and insightful. Matteson Perry's squeaky-clean voice adds to his credibility as a "nice guy," as revealed in his refreshingly honest approach to dating. Hearing stories of his panic during gullible moments, excitement at sexual triumphs, and sadness at fruitless pursuits offers variety and character in all its hilarity. After being dumped, he commits to The Plan: being single for a year and dating lots of women without being in a committed relationship and without hurting anyone's feelings. His candid account of dating almost 30 different women during the year is highly intriguing. D.Z. © AudioFile 2016, Portland, Maine [Published: JUNE 2016]