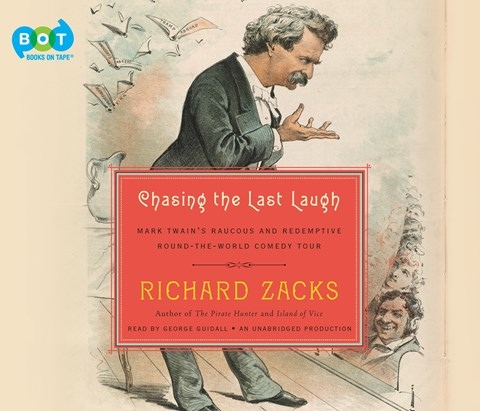 Zacks gives a detailed account of Twain's late-in-life around-the-world speaking tour to recoup his fortunes after bad investments. Narrator George Guidall has the natural gift of geniality, bringing the listener unobtrusively into sympathy with the book. He expresses the sense of the text conversationally but clearly and denotes Twain by making his voice deeper and gruffer, an effective technique. As for other voices, Guidall doesn't distinguish them beyond softening his speech slightly for females, but that's sufficient. While he tends to insert pauses randomly in some sentences, that harmless mannerism won't distract most listeners. The audiobook's level of detail is sometimes tiresome, but Guidall keeps the narrative, like Twain, sailing along, making the listening a pleasure. W.M. © AudioFile 2016, Portland, Maine [Published: JULY 2016]