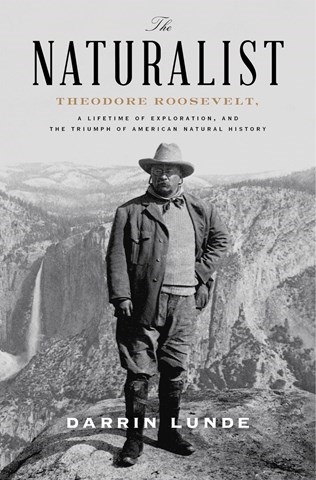 THE NATURALIST Theodore Roosevelt and the Rise of American Natural History

Narrator Scott Brick gives a smooth, even reading of this atypical biography of Theodore Roosevelt, in which the focus is on Roosevelt's penchant for collecting animal specimens for science. The audiobook begins with a young Roosevelt bringing home the head of a dead seal and finishes with his expedition to Africa, a time span in which he killed and preserved many rare specimens for the Smithsonian. Brick doesn't embellish the detailed descriptions of taxidermy. Nor does he vocally exaggerate the hunting stories or attempt character voices. At the same time, his effortless pacing keeps the extensive historical details from becoming too dry. He simply gives a clean, unaffected account of the facts about Roosevelt's considerable contributions to scientific knowledge. M.M.G. © AudioFile 2016, Portland, Maine [Published: APRIL 2016]