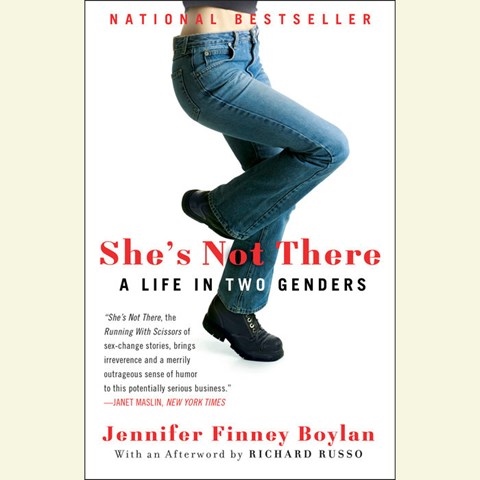 SHE'S NOT THERE A Life in Two Genders

Boylan employs her unique literary voice to tell the story of her transition as an adult to become the female she always thought she should be. The audiobook provides insight into transexualism, and hearing it directly from Boylan will augment the experience. Her narration has an air of authenticity that compensates, at least in part, for its flaws. She has a dramatic flair that is, at times, entertaining but more often borders on condescension, irony, earnest sincerity, and pedantic lecturing. Accents and attempts to mimic particular voices, for example, those of her grandmother and aunt, fail to convince. The facetious tone of much of the narration transforms humor into smug self-satisfaction and defensiveness. J.E.M. © AudioFile 2016, Portland, Maine [Published: MAY 2016]