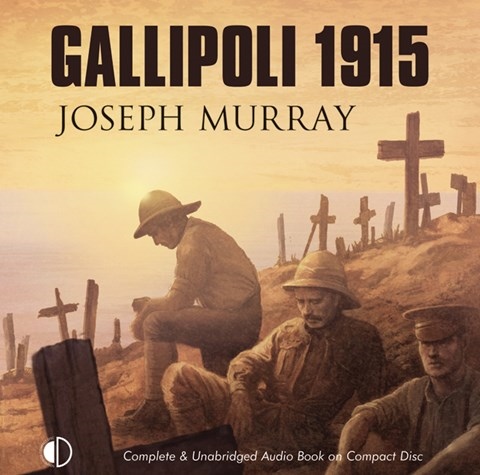 Malcolm Hamilton splendidly narrates Murray’s account of his experiences in the disastrous Gallipoli campaign of 1915-1916. A Royal Naval Reservist at the beginning of WWI, Murray was placed in the active Royal Naval Division even though he, along with thousands of others, was not needed for sea duty. Murray’s diary accounts and letters form the basis of this candid and often harrowing account of the meat grinder that was Gallipoli. Hamilton affects a working-class British accent, which in its pacing, inflection, and expression reflect Murray’s background as well as his matter-of-fact writing and gritty service record. Those who wish to hear Murray himself speak can go to the Imperial War Museum website, which has a recording of an extensive interview with him from 1984. M.T.F. © AudioFile 2016, Portland, Maine [Published: JULY 2016]