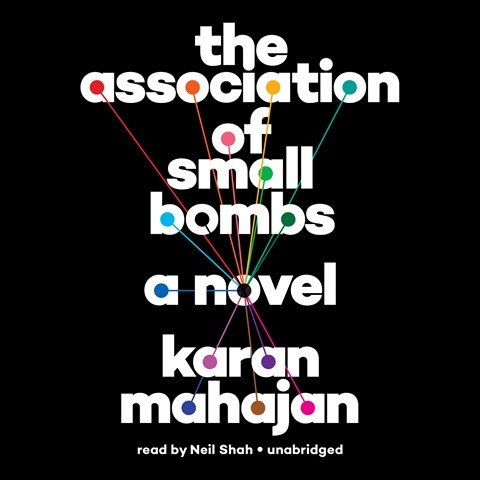 THE ASSOCIATION OF SMALL BOMBS

The ordinary humanity in these characters--before, during, and after tragedy besets them--is the strength of this audiobook, and of Neil Shah's narration. A bomb goes off in a Indian market square, killing two Hindu boys. It leaves their parents and their young Muslim friend who survived the attack to wonder why fate chose them. The bomber, whose story we also hear, is a Kashmiri separatist, and the country's long politics forms the story's backdrop. But Mahajan's themes expand well beyond those borders. Shah eschews the melodramatic, instead leaving the room needed to hear the wailing of mothers, the confusion of fathers, and the disenfranchisement of youth. In "keeping it real," Shah ensures that listeners connect with Mahajan's story. K.W. © AudioFile 2016, Portland, Maine [Published: JUNE 2016]