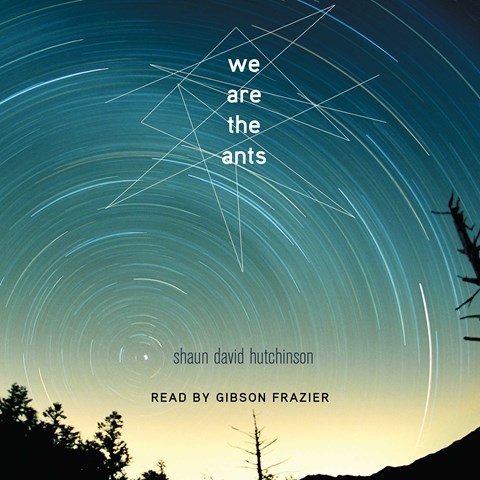 WE ARE THE ANTS

Henry has been tasked by aliens to determine if humans deserve to live, but Henry is a teenager who is trying to deal with the suicide of his last boyfriend, the passive-aggressive abuse of his current romance, and a budding relationship with a new classmate. The rest of his life is falling apart as well, so he's doubtful that humans deserve any future. Narrator Gibson Frazier's youthful projection captures this first-person story well. He delivers tonal shifts that reflect Henry's emotions as the story progresses and produces realistic voices for the other characters. He also captures Henry's wry humor as he contemplates what it means to control the fate of the world. L.E. © AudioFile 2016, Portland, Maine [Published: JULY 2016]