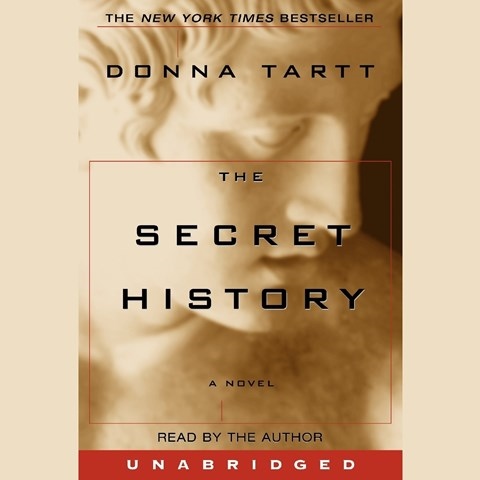 Donna Tartt, with her sweet, Southern, and unmistakably female cadence, might not have been the most natural choice to read her psychological novel narrated by Californian protagonist Richard. Still, it's an enthralling story set at a small Vermont liberal arts college housing an even smaller exclusive inner sanctum of Greek scholars. Secrets and lies accumulate as Richard is drawn into the world of Professor Julian Morrow and his students--Henry, Francis, twins Charles and Camilla, and Bunny--and burdened by their increasingly dysfunctional and incestuous interactions with each other. As intelligent as it is subtly creepy, THE SECRET HISTORY is addictive. Chances are you won't be able to listen just once. J.M.D. (c) AudioFile 2002, Portland, Maine [Published: DEC 02/ JAN 03]