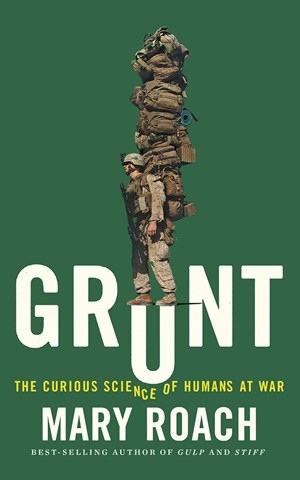 GRUNT The Curious Science of Humans at War

Roach's enjoyable audiobook applies her penchant for geeky technical detail and juvenile humor to the science of military training, supply, and medical care. Abby Elvidge's narration, at least initially, distracts from, rather than supports, the audiobook. She tries too hard to inject feeling into the text--as if every word must bear an emotional weight, an unworkable tactic for listeners. The artificial emphases partially obscure the sense of the work and disrupt Roach's comic timing. Eventually much of this smooths out, and Elvidge's engaging natural energy and expressiveness surface. Her voice, though a bit scratchy, is clear and conveys Roach's silly and snarky humor. If Elvidge could have started where she ended, GRUNT would be better served. W.M. © AudioFile 2016, Portland, Maine [Published: JUNE 2016]