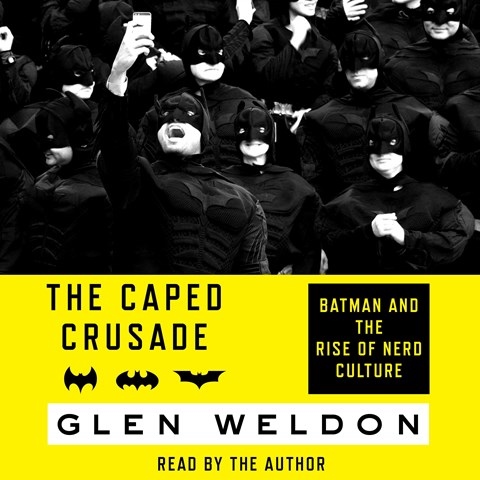 THE CAPED CRUSADE Batman and the Rise of Nerd Culture

Weldon explores the history of Batman from his creation in 1939 to his most recent iterations in comics, film, and television. The author positions Batman's transformations as an ongoing dialogue among creators, companies, and fans. Though somewhat capable with his narration, Weldon ultimately proves disappointing in that nearly all the fans quoted sound like "the comic book guy" from "The Simpsons." At times, he also uses overly dramatic, stereotypical, and clichéd tones to depict artists, creators, and celebrities. The use of these caricatures seems to mock the fandom in a way that is not found in the prose itself, which reveals Weldon to be the very "comic book guy" that he so readily dismisses in his narration. L.E. © AudioFile 2016, Portland, Maine [Published: JULY 2016]