Home»Reviews»YOU SENT ME A LETTER 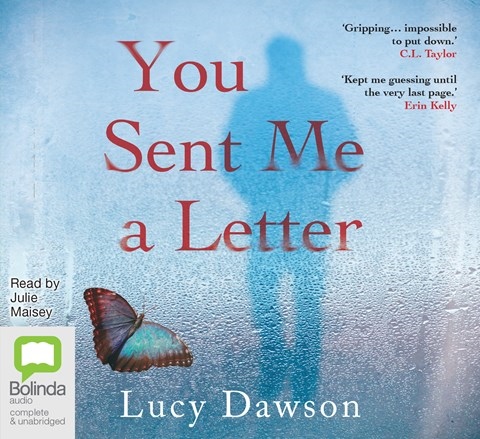 YOU SENT ME A LETTER

Julie Maisey's gripping narration is as compelling as Dawson's unusual mystery. When Sophie Gardner seems to find the perfect fiancé, her only concern is the welfare of his two children from a previous marriage. Then someone tries to interfere with her plans by threatening to expose a past indiscretion. As narrator, Maisey makes Sophie's growing horror palpable. Realistic conversations take the listener into Sophie's mind as she tries to figure out who is terrorizing her. The story also includes spot-on descriptions of Sophie's gorgeous wedding and occasional humor. One of Maisey's best creations is Sophie's mother, who is both bossy and loving as she tries to help her desperate daughter. Hearing the sensational conclusion will rival any high-octane movie. S.G.B. Winner of AudioFile Earphones Award © AudioFile 2016, Portland, Maine [Published: JUNE 2016]