Home»Reviews»PRETTY JANE AND THE VIPER OF KIDBROOKE LANE 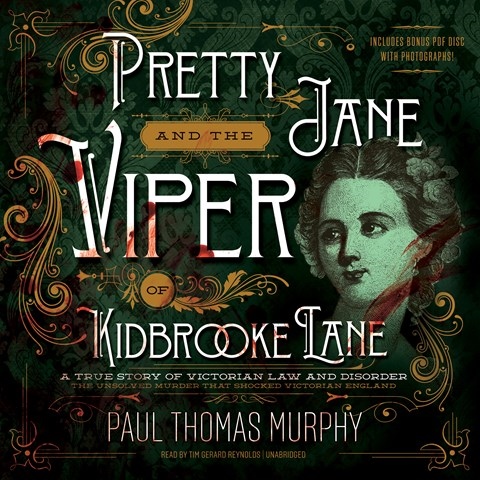 Narrator Tim Gerard Reynolds brings this true crime a storyteller's gift for capturing and holding his audience. In 1871, teenager Jane Clouson was struck 15 times, crushing her skull and destroying her face. She was two months pregnant when she was attacked, and she died several days later. Jane was a "maid of all work" in the Pook home, and the police were convinced the killer was Pook's son, Edmund. The arrest of the prominent young man for Jane's brutal murder and his subsequent acquittal due to lack of evidence suggest that in the time period, one's social class was more significant than one's sins, and that police and prosecutorial procedures weren't all they might have been. Reynolds makes this look at Victorian class and judicial systems top-notch listening. S.J.H. © AudioFile 2016, Portland, Maine [Published: JUNE 2016]