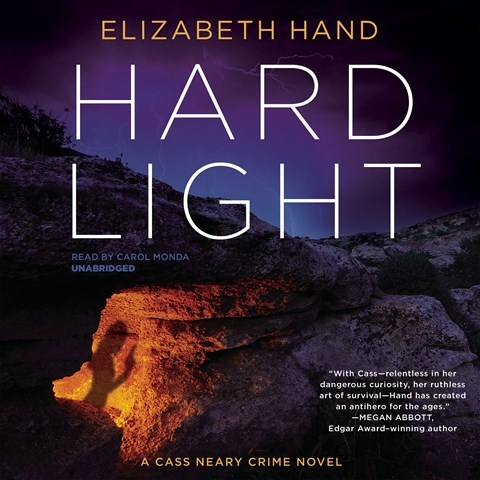 Cass Neary is a fascinating original, a hard-bitten outsider who has lived by her wits since she was a teenager on New York's punk scene. She's a photographer, old-school. The hard light of Hand's title is a technical term central to the denouement of her ingenious plot, which turns on both emotional and neolithic archaeology. Elizabeth Hand writes like an angel, and Carol Monda has a beautiful cello voice, used with impressive skill here to inhabit a world of superannuated British ex-hippies and their multigenerational collateral damage. The plot's mounting tumulus of crimes and sins would defy belief, if Hand hadn't gotten the details so totally right, and Monda's supple performance finds the emotional truth in every scene, and makes you feel it. B.G. © AudioFile 2016, Portland, Maine [Published: JUNE 2016]