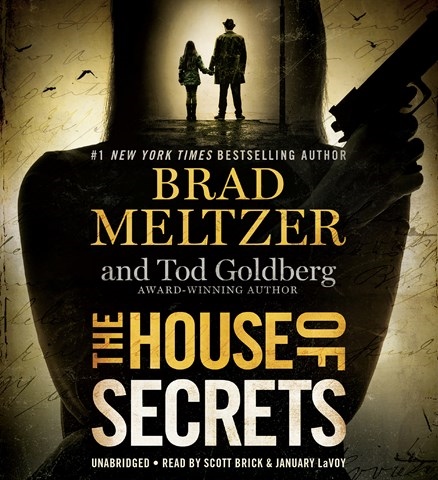 THE HOUSE OF SECRETS

Author Brad Meltzer has written a mystery about the murder of a host of a TV show on conspiracies. Clearly, he didn't need to go far for inspiration--as anyone who has ever caught "Brad Meltzer: Decoded" can attest. A dual narration by Scott Brick and January LaVoy makes a great book even better in audio. LaVoy deserves special credit for her calm portrayal of a young woman who is left without memory or emotion after her father, the TV star, is murdered. It all has to do with a book that may have belonged to Benedict Arnold. Meltzer, always one to provoke readers with tantalizing theories, asks a simple question: What if Arnold was really a double agent for George Washington? And what would certain people do to keep such knowledge secret? Murder would be the least of it. M.S. © AudioFile 2016, Portland, Maine [Published: JUNE 2016]