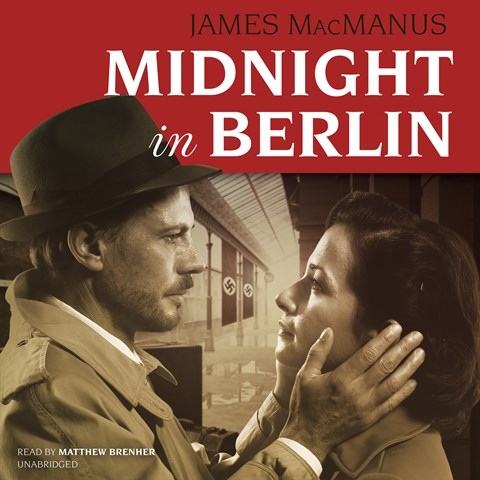 From the opening lines, Matthew Brenher's pleasantly husky voice and crisp British accent capture both the atmosphere and characters of this richly detailed chronicle of 1939 Berlin and London at the tipping point of war. Brehner provides the perfect measured tone for British Colonel Noel Macrae, a seasoned officer tasked with spying on the Nazis. Brenher's mastery of tempo and intensity shines as the action alternates between Berlin and London, with Macrae growing increasingly anxious about Hitler's secret plans and British PM Chamberlain's refusal to abandon his policy of appeasement. This gripping story has action, intrigue, danger, and even some romance, as well as actual British and German historical figures and events woven in. The result is a satisfying audiobook with broad audience appeal. M.O.B. © AudioFile 2016, Portland, Maine [Published: AUGUST 2016]