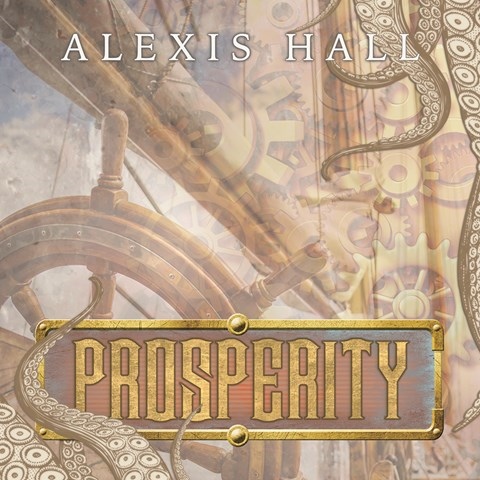 Narrator Nicholas Boulton has his work cut out for him with this raucous, ribald Victorian steampunk adventure. Piccadilly, aka Dil, recounts his adventures on the airship SHADOWLESS, which glides through the aether without much ado. Dil encounters a host of characters, some charming, some lethal, some sexually addicting, and some not-so-human. Boulton uses broad British accents bordering on Cockney for most of the characters, including Dil. The fight scenes and the erotic, sometimes explicit, gay sex scenes are fraught with emotion and tension. Boulton's performance keeps up with the action. He makes this difficult-to-follow story fun to listen to. It's a convoluted, topsy-turvy steampunk world that Dil embraces. Throughout it all, Boulton ensures that listeners suspend their disbelief while chasing adventures with Dil aboard SHADOWLESS. M.B.K. Winner of AudioFile Earphones Award © AudioFile 2017, Portland, Maine [Published: JANUARY 2017]