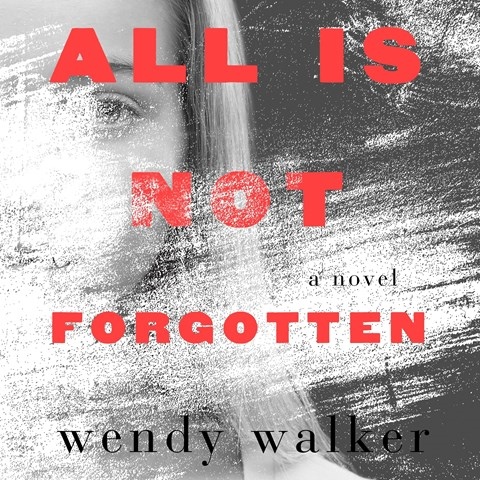 ALL IS NOT FORGOTTEN

Narrator Dylan Baker affects an emotionally detached tone for Walker’s new novel. This may seem an unusual choice, given the dramatic depiction of sexual assault that is at the heart of the story. But Baker uses a distant manner to build tension and take the listener inside the attack. As Walker’s character, Jenny Kramer, recovers physically from being raped, she’s given a controversial drug to wipe the assault from her memory. Baker’s deliberate pacing reflects the ambiguity that results. The event itself is gone from Jenny’s mind. But can its emotional effects really be wiped clean—just like that? And what might an open psychic wound do to a young woman as she goes on with her life? R.O. Winner of AudioFIle Earphones Award © AudioFile 2016, Portland, Maine [Published: JULY 2016]