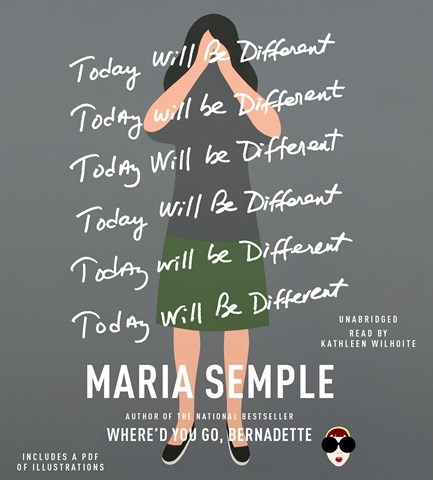 TODAY WILL BE DIFFERENT

Listeners are dropped into Eleanor Flood's complicated life just as she's about to have a meltdown. Her son is faking illness, her husband is lying to her, and she's upset by news of her estranged sister. Narrator Kathleen Wilhoite gives Eleanor a voice that's as quirky and unpredictable as her personality while offering clues as to why things have gone so wrong in her life. Not only does Wilhoite perfectly convey a character who is both frustrating and charming, she also maintains the cohesiveness of the story as it shifts between first- and third-person perspectives. It's the kind of narration that draws listeners into the story, wanting to know what happens next. The icing on the cake is a rendition of "Morning Has Broken," complete with guitar accompaniment. M.M.G. Winner of AudioFile Earphones Award © AudioFile 2016, Portland, Maine [Published: OCTOBER 2016]