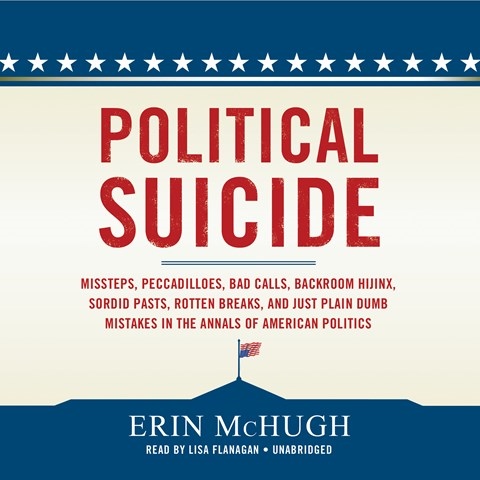 Lisa Flanagan delivers a workmanlike narration of these brief essays on the passing assemblage of buffoons that, according to the author, too often typify American politics. The unearthed hijinks are sensational by their very nature, but the NATIONAL ENQUIRER or TMZ style of the chapter headings seems cheap and artificial. Flanagan's narration is consistent and clear, and her appropriate pace holds the listener's attention. However, her warmly seductive voice isn't well matched to the sad, often desperate, and occasionally amusing peccadillos described herein, such as those involving Vice President Spiro Agnew and Washington DC mayor Marion Berry, for example. Each anecdote is brief and self-contained, which makes them work well for commuting or other short drives. W.A.G. © AudioFile 2016, Portland, Maine [Published: JULY 2016]