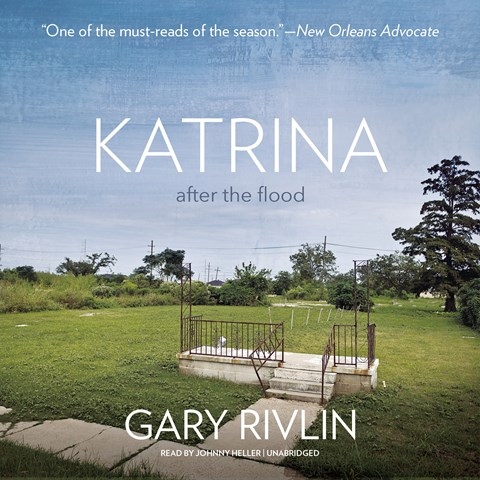 KATRINA After the Flood

Johnny Heller's strong voice lends authority to veteran journalist Rivlin's detailed account of the events and people who shaped--and were shaped by--the nation's response to the destruction of Hurricane Katrina in New Orleans. Rivlin's braided stories begin the day after the flood in 2005 and end with the sentencing of former Mayor Ray Nagin in 2014. It is not an inspiring tale, but there are heroes as well as villains and examples of persistence and wisdom to match the stories of incompetence and corruption. Heller is an accomplished narrator. His performance is as compelling as the forest of details will allow. The aftermath of Katrina is one of the most important American case studies of the twenty-first century. F.C. © AudioFile 2016, Portland, Maine [Published: JUNE 2016]