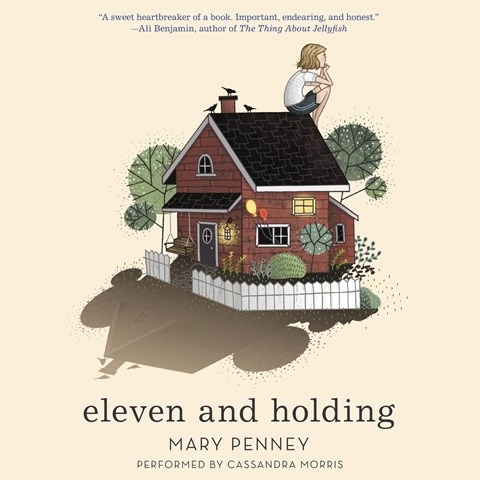 Narrator Cassandra Morris's youthful voice aids in her portrayal of Macy, an 11-year-old who is reluctant to grow up. It's easy to understand why. In her idyllic past, her grandmother owned the town restaurant, her father was devoted to her, and she always had her best friend, Twee, to count on. Now her beloved grandmother has died, her father is on a military "special project," and she'll be facing middle school without Twee. Morris embraces Macy's overwhelming confusion, plunging listeners into her single-minded determination to find her father. There are clear clues that this narrator is unreliable, but Morris is so successful in creating Macy's strong voice and perspective that the poignant ending completes the picture of a girl whose grief and denial collide with the difficult reality of her life. S.W. © AudioFile 2016, Portland, Maine [Published: JULY 2016]