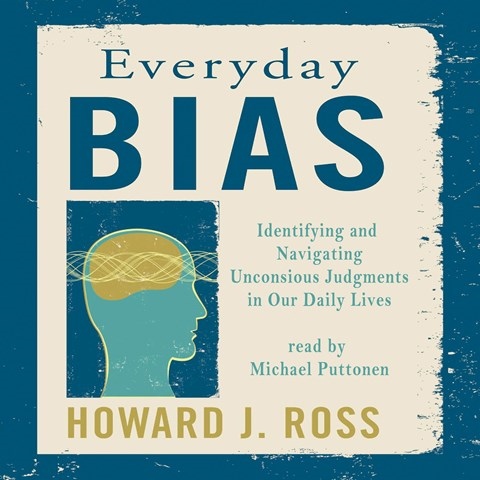 Michael Puttonen narrates this audiobook like a friendly college lecturer, excited to share his knowledge and energized by the content. Author Howard Ross explains that the instant unconscious assumptions that we make about people are as instinctive to us as breathing. Our bias recognition system, initially used as a survival tool for early humans, now serves as a permanent profiling machine, dominating our behavior and influencing who we date, hire, elect, and send to jail. Our biases are so culturally ingrained that they often conflict with our perceptions of ourselves—for example, we learn that women scientists are just as likely to underrate women applicants as men who run science labs. But by recognizing the unconscious decision-making that underlies our snap judgments, the author says, we can limit its effects. R.W.S. © AudioFile 2016, Portland, Maine [Published: JULY 2016]