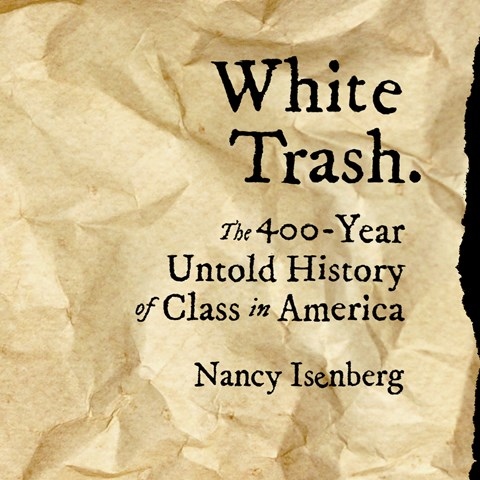 WHITE TRASH The 400-Year Untold History of Class in America

Because WHITE TRASH is ultimately an academic tome, its narration needs to be energetic enough to make it a successful audiobook. Kirsten Potter's performance does not hold the listener's attention. This history of poor, white Americans (though it includes other races) considers topics such as the rise to the presidency of Andrew Jackson, who was born into poverty, and the sociological implications of "The Andy Griffith Show" and "The Beverly Hillbillies." In Potter's favor, her narration is rhythmic, filled with regularly emphasized syllables and brief pauses that signal a significant point ahead. Overall, though, her performance is not enough to make this complex work a compelling listen. G.S.D. © AudioFile 2016, Portland, Maine [Published: JULY 2016]