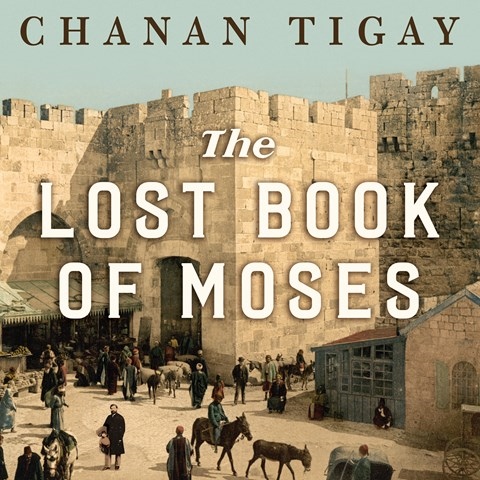 Sometimes an author can succeed as a narrator. Tigay's enthusiasm for his subject certainly bubbles through. But authors are not usually professional readers. And Tigay sometimes reads too rapidly. His grasp of the relevant languages is a big plus, however. The mysteries he writes about embrace far-off locations on several continents; it's hard to click the "off" button. In the latter part of the 1800s, an antiquities bookseller named Moses Shapira, headquartered in Jerusalem, discovered fragments of the Book of Deuteronomy, the earliest version ever found. Or were they forgeries? Not long afterwards, the Dead Sea Scrolls were uncovered. Similar circumstances? And where are Shapira's fragments now? The obsessed author finds out. This is a fine real-life mystery. D.R.W. © AudioFile 2016, Portland, Maine [Published: JUNE 2016]