Home»Reviews»BROWN IS THE NEW WHITE 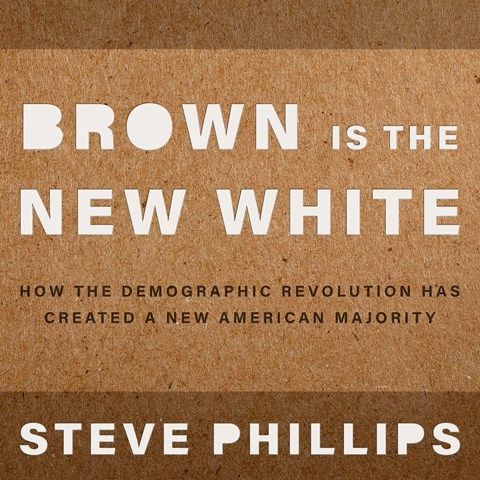 Narrator Sean Crisden gives a solid performance of this brief audiobook. Phillips, a political consultant and senior fellow at the Center for American Progress, provides a solid argument that progressive people of color and progressive whites already constitute a majority of the American electorate. Rather than chasing the white swing voter, he says Democratic politicians would do better to address the concerns of this new majority and to thwart Republican attempts to disenfranchise it. His voice is strong and his timing good. Crisden is comfortable with Phillips's statistical arguments and familiar with the vocabulary of demography. This is an important book for understanding progressive political strategy in 2016, and beyond. F.C. © AudioFile 2016, Portland, Maine [Published: JUNE 2016]