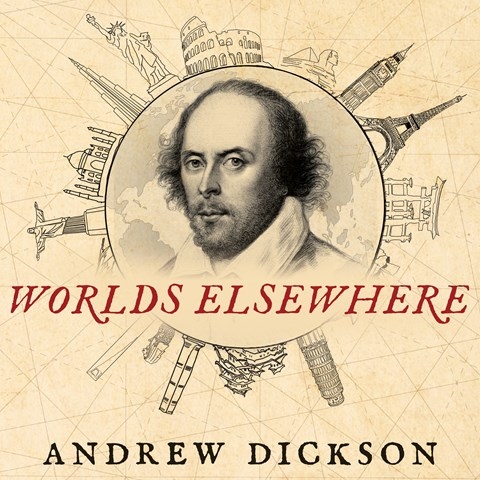 Dickson's exploration of how Shakespeare's works were received, used, and altered in five nations worldwide is part travelogue, part cultural history. Because he details the process of searching out his material, it's appropriate that he narrate the account himself and fortunate that he does it well. In expressiveness, skill at pacing, and ability to convey meaning, he holds his own as compared to professional narrators. He does an admirable job of acting when quoting from Shakespeare. At times, he falls into repetitive intonation patterns, understandably, but it never becomes off-putting. Rather, his ability to convey surprise, wonder, intrigue, and the like with appropriate energy and vividness brings a fair amount of charm to this interesting and enlightening book. W.M. © AudioFile 2016, Portland, Maine [Published: DECEMBER 2016]