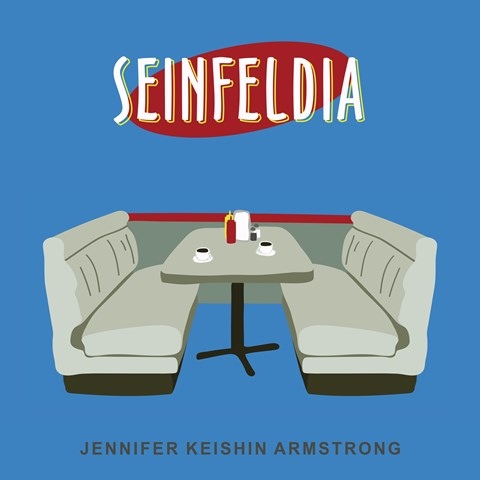 SEINFELDIA How a Show About Nothing Changed Everything

Armstrong chronicles the creation of the TV show "Seinfeld," and Christina Delaine narrates with the enthusiasm of a true fan. Delaine's bright delivery further enlivens the fascinating material on how Jerry Seinfeld and Larry David co-created and built the show. Delaine even manages to add spark to the workaday details of contract negotiations and network politics. When delivering quotes, she captures the cadence of the major players, doing particularly good impressions of Seinfeld and David and adding a layer of authenticity and enjoyment to the production. This well-researched history of a groundbreaking TV series and its cultural impact is enjoyable and informative. A.F. © AudioFile 2016, Portland, Maine [Published: JULY 2016]