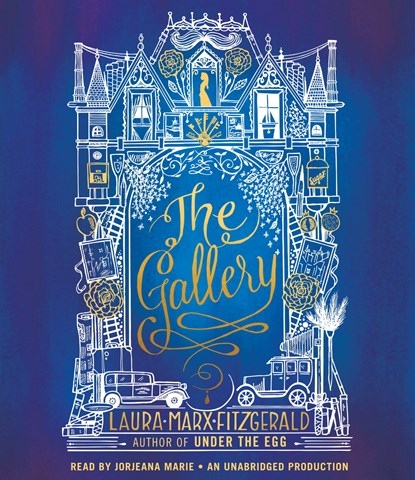 Narrator Jorjeana Marie quickly transports listeners to New York City in 1928. Martha O'Doyle, upon expulsion from her parochial school, becomes a maid in the Sewell mansion, where her mother, an Irish immigrant, is housekeeper. Martha soon discovers that something is amiss. Her inquisitive nature, voiced by Marie in a rush and full-stop rhythm, adds to the tension as she secretly investigates the mystery behind the mad wife who is locked away upstairs. Marie delivers Mrs. O'Doyle's voice in equal parts exasperation and reverence as she juggles between her wayward daughter and her stern employer. The trapped Mrs. Sewell is portrayed in hoarse, desperate gasps, which contrast well with the cool tones of her husband and the frantic thoughts of Martha, who fears that the worst is on the horizon. M.F.T. © AudioFile 2016, Portland, Maine [Published: JULY 2016]